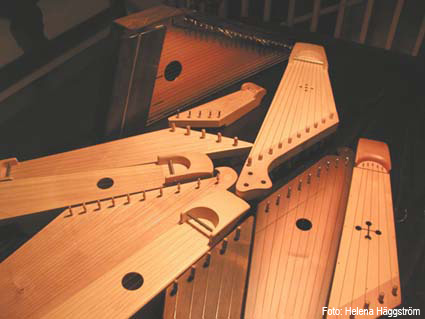 Kantele is the National Instrument of Finland.
It is over 2000 years old. In the beginning the instrument had only 5 strings but today the amount of strings has increased to 36-39 strings.  The modern kantele, the Concert Kantele, is cromatic and with this one can play nearly all  kind of tunes; modern, classical, popular, national, ballads...

The early history of Kantele is built on tales of Finnish Folk Poetry. In the Kalevala epos it is being told that the Finnish mythical national hero Väinämöinen built the kantele of a big fish jaw and took a young maiden's hair to use as strings. By playing the Kantele Väinämöinen defeated his enemies and became master of Nature.